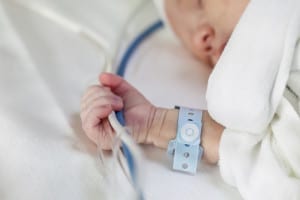 Zoe Saldana has been named the 2015 Theatrical Fundraising Spokesperson for Brave Beginnings, a newly renamed program of the Will Rogers Motion Picture Pioneers Foundation (WRMPPF). The program works to improve the lives of premature babies by providing hospitals with grants for purchasing life-saving neonatal equipment and supporting critical care pulmonary services.

Premature birth accounts for 35% of all infant deaths in the US, more than any other single cause. Since 2006, Brave Beginnings (formerly the Will Rogers Neonatal Program) has provided essential ventilator equipment to neonatal intensive care units (NICUs) across the country. To date, the neonatal program has contributed almost $4 million in grants to 100 hospitals across 30 states. Each year, the program donates roughly $500,000 in grants—and the demand increases every year.

Zoe Saldana stars in a thirty second public service announcement that will appear before movies on more than 4,000 theater screens nationwide. The spot shares the same hand-drawn imagery from Brave Beginnings’ newly launched website, www.bravebeginnings.org, where the spot can be viewed. Playing on the concept that summer at the movies means action, adventure and superheroes, Saldana tells moviegoers, “I want to talk about a different kind of hero. Instead of capes, they wear blankets.” She adds, “Every superhero needs a sidekick. I’d like you to fill that role by giving generously.”

“As a woman who inspires mothers and young women everywhere, Saldana is committed to giving every preemie baby born in our country an opportunity for a healthy life by working to ensure that every hospital is equipped with the life-saving equipment needed for critical care. She is a dynamic advocate for us, and we are delighted to have her on board,” said Christopher Aronson, President of Domestic Distribution at Twentieth Century Fox and Will Rogers Motion Picture Pioneers Foundation President.

For nearly 80 years, movie theaters have honored Will Rogers’ legacy by raising money in movie theaters. Several theater chains will participate in the 2015 campaign, which will benefit Brave Beginnings. Participating theaters will run various types of programs, including concession stand programs that donate a portion of sales to Brave Beginnings, donation pin-ups, collection canisters and lobby monitor displays.

The money raised from the 2015 Fundraiser will benefit Brave Beginnings.

For more information about the program, or to find out how your theater can participate, visit www.bravebeginnings.org or contact Christina Blumer at 818-755-2316 or christina@wrmail.org.

Zoe Saldana’s passion for performing began while she was growing up in the Dominican Republic. At a young age, she developed a keen interest in dance. At 17, she moved back to the United States and mastered the art of dance and theater performance. Saldana’s talent and training led to her first big screen role in the film Center Stage. Since then, she has held her own in major motion picture productions such as Avatar, Guardians of the Galaxy and Star Trek Into Darkness. She has earned respect and praise from industry legends such as Jerry Bruckheimer and Steven Spielberg.

Brave Beginnings is a program of the Will Rogers Motion Picture Pioneers Foundation.

In the US, one in eight babies is born prematurely, often without access to the most up-to-date neonatal care. Brave Beginnings continues the legacy of Will Rogers as a national charitable health program dedicated to helping premature infants not just survive, but thrive. For more information,
visit www.bravebeginnings.org.